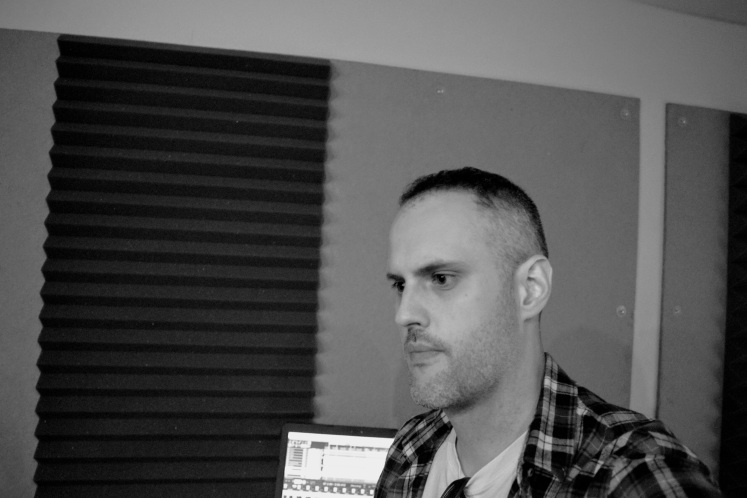 I wanted to share the story of the “Night Like This” single and If Not Now EP releases because as a music fan, I always love learning about how records get made.

Last year, I began getting very stir-crazy creatively. I had needed to step away from a project with some great people and previous band-mates in late 2015 and was only stealing time here and there to strum some acoustic guitar and sing a few songs.

Sometimes in these stolen moments, I realized I was forgetting songs I had written. That is a strange and unnatural feeling. I decided to record some songs at home at least to have some record of them. My previous home-recording experience had left a bad impression on me. I didn’t know what I was doing so very wrong to get tracks nowhere near the way they sounded in my head.  I experimented with newer Digital Audio Workstations and picked up a real interface.

The first song I recorded was a lullaby for my daughter. This had no singing or acoustic instruments. I then tried to honour a promise from 2012 to record a song I had written for my friends’ wedding. This song had acoustic guitar and vocals along with some MIDI strings.

I then began work on songs with an idea of having them for posterity but also to share them with friends and family. I started going through old songs (I was in danger of forgetting) and made some nice progress with several acoustic songs.

In February of 2017, I began demoing tracks we played in a band I fronted called The Hands Up.  I wasn’t going to forget these songs as I have recordings  from various rehearsals and had recorded a few of the tracks as one-off’s earlier, but I did lament the fact that The Hands Up never made a record.

Surprised at how the demos were shaping up, I considered committing to making something I could be proud of and want to share with more than friends and family. I reached out to The Hands Up guitarist Mike Vivier to gauge his interest in adding his talent and textures to the tracks. Mike signed up wholeheartedly and we tracked together on a very fun night in April and another in June. I did the vocals, rhythm guitar, bass, synths, and MIDI instruments in my basement after work and at later at night. Adrian Solarino agreed to track the drums for this project and they were recorded at  a rehearsal space belonging to Martin Bourdeau, Isaac Berzins, and Cory Thompson. Corey engineered the drums and Isaac shot some video and snapped some pics. I cannot thank the people named above enough for making this project a reality. I am in their debt.

I learned a great deal and have a newfound appreciation for any record in any genre that gets made and released. In reality, this is all a bit like fantasy camp for me- I get to follow the same processes as my musical heroes and experience the same feelings when sharing something you create. I was also pleasantly surprised by the number of people out there helping others and freely sharing their knowledge. Whenever I got stuck, there was someone out there to help.

Have you ever taken a leap of faith or tried to build something using only the tools around you? Have others helped you knock something off of your bucket list? If so, I’d love to hear all about it.

One thought on “PROJECT ORIGIN STORY”